Kinetic light sculpture is an under-appreciated art form that serves a valuable purpose in the technological ubiquitous world we live in today. When it turns dark, and when most metropolises practically become light sculptures themselves, tall buildings become illuminated with an immense amount of lights that can be identified from miles away. There is a clear appreciation and admiration for city lights, so why not for kinetic light sculptures?

Zdenek Pesanek, a kinetic light artist born in Czech Slovakia, saw the distinct beauty and illuminating qualities that light sculpture can breed into new and relevant ideas. He saw light to be as expressive as paint, using colored bulbs as an architectural spatial form. In his ‘Kinetic Light Piano’, developed in the early twentieth century, multi-colored lamps were activated by keyboard keys. The underlying idea here was to express the twelve tones of the music scale in color. Falling into similar paths to those of Vannevar Bush and Roland Barthes, Pesanek’s kinetic creations and ideas were faced with more criticism than admiration, but today, are widely respected. I believe the reason for this is a fear of change. This fear is characterized by other traditional art forms being replaced and lost by the technological revolution. Another reason is reflective to that of a modernist perspective that dictates a one-dimensional point of view that does not favor adaptability to changing ideas. Many kinetic light artists today have a difficult time projecting their work in public areas because they are deemed as distracting. That statement seems hypocritical when luminous commercial ads, which beg for your attention when you pass them by, have no problems making their way into city streets. The present art culture is breathing in a postmodern era that is still at a far distance from reaching its ultimate objectives. Instead, video sculpture is perceived as something that falls into anarchy. 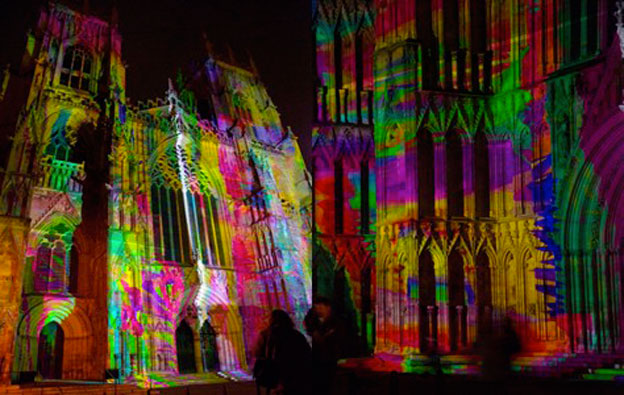