The Joy of Technology

The Joy of Technology is a playful video installation that uses both humor and drama to emphasize our intimate relationship with technology. The satirical character inside the cardboard television set responds to the user’s operation of technology. An electronic razor grows hairs on his face, a pencil sharpener rotates him and tears his shirt, a stapler pokes staples onto his forehead and leaves shatters all over the television glass, and a blow-dryer rotates the screen. All these actions affect the character’s overall appearance once all the technologies are shut off. In addition, the character can also be placed into different settings by turning the television’s rotating knob. Some of the programming that the character is placed into includes a news broadcast, a courtroom and outdoor settings. 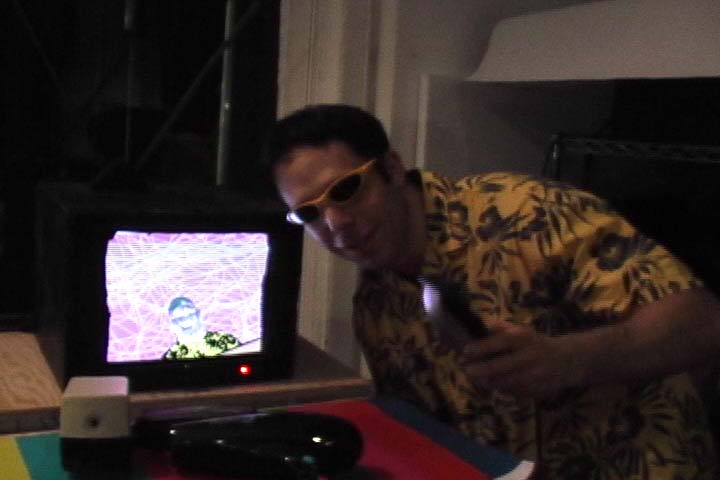 Jason Safir giving a live demonstration of his interactive television at ITP.

The main character always appears lost and has lost control of himself through the technology around him. Watching the main character being trapped in an endless, repetitive loop makes his pointless actions and gestures hopeless and neurotic. The piece projects humor and irony throughout the user’s experience by implementing opposite feedback from common technology we use everyday.

FUTURE DEVELOPMENTS
– A robotic television that vibrates and rotates. Also, an antenna that moves when there is activity inside the screen.
– Development of character and channels: more channels that individually respond differently to each device. More dynamic animations.
– Randomized effects implemented by each technology rather having them all pre-determined and edited.
– A more polished cardboard box television design and more interesting placement of props.
– Ability to adjust the depth of field (blurring) of the screen when increasing and decreasing the intensity of a dimming lamp.
– More technology! 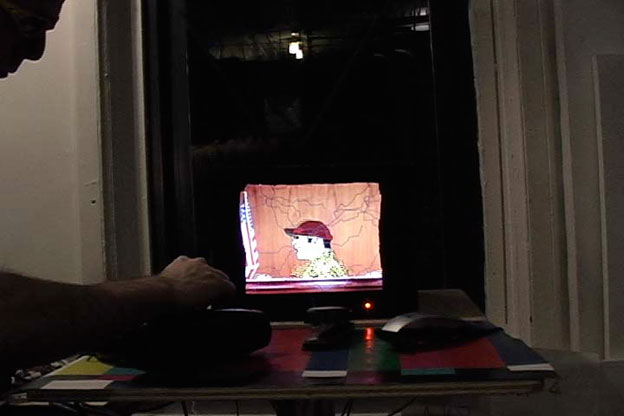 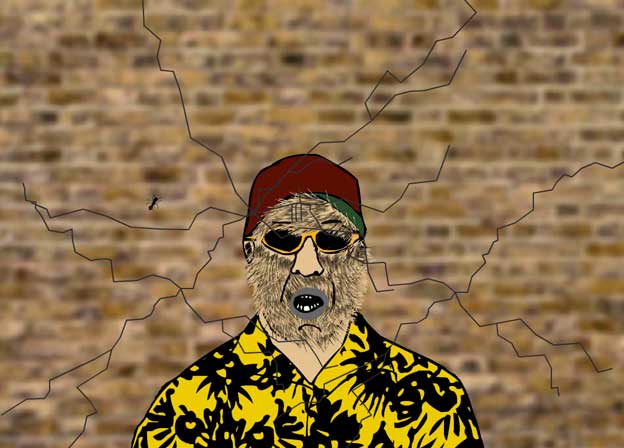 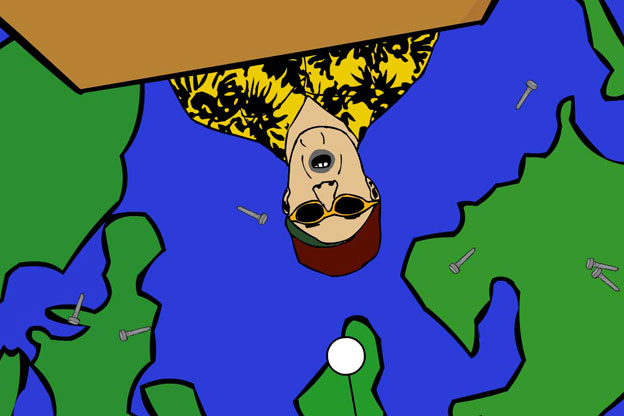 When the screen is rotated upside down with the blow dryer, nails fall down! 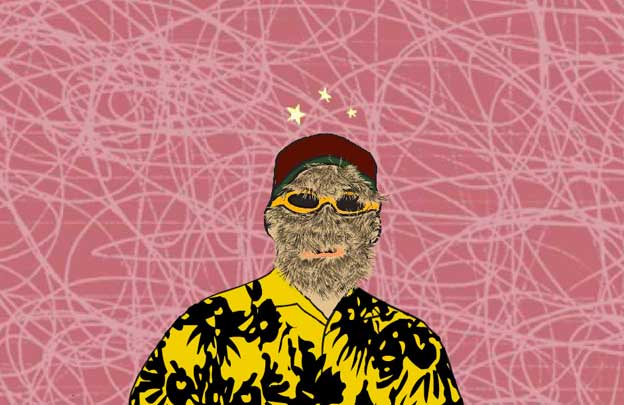 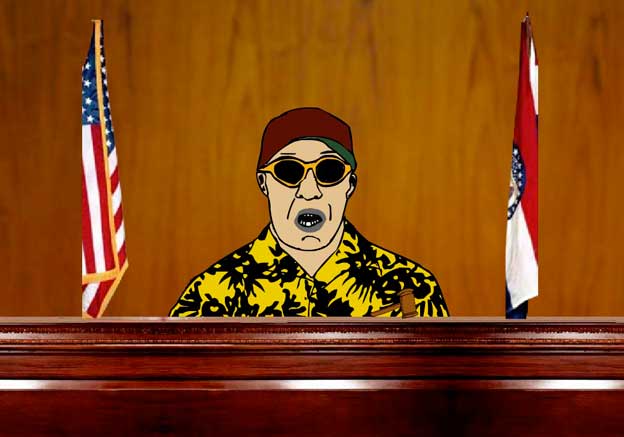 TECHNICAL DETAILS
The installation uses serial communication between Arduino and Flash using the as3Glue library. To make each device trigger an animation, I used Phidgets current sensors to detect how much voltage is coming from each device. Conditions were placed with these values to change the character’s overall appearance once these devices were shut off. Other physical computing components used were a potentiometer, LEDs, miniature vibration motors placed inside the box, a subwoofer, speakers and a flat screen monitor. 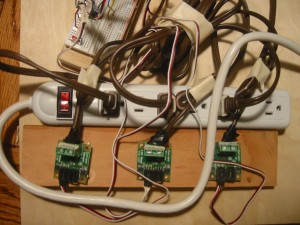 Phidget current sensors detecting the voltage from the razor, sharpener and blow dryer. 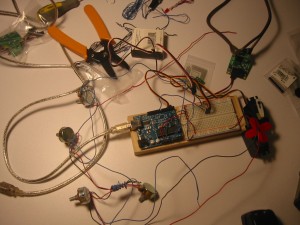 All animations were recorded in real-time behind a green screen and then were traced with a fine liner pen using a light box. These selected stills were then scanned and converted into vector graphics using Illustrator and then colored in Flash. This lengthy process helped me achieve the vibrancy and quality I was looking for in both the character and the environments that he is placed into. 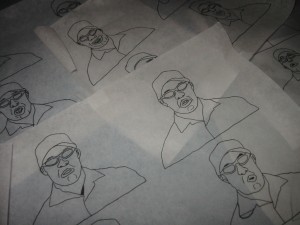 All animation frames were drawn using a fineliner marker and were then vectorized into Flash. 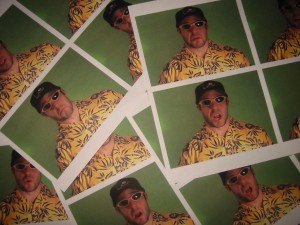 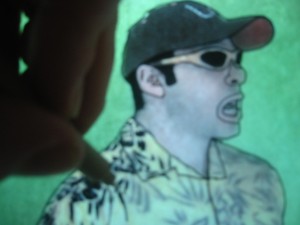