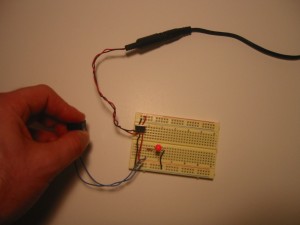 I feel this week’s lab has made me become very comfortable in understanding how electronics in a circuit work. While it was the most simple out of  all the labs we have had thus far, I gave me the opportunity to become more familiar with the common terms used in the physical computing world. It felt inappropriate to light up an LED with a switch without an Arduino micro-controller up until now!

In this experiment, it became obvious that all the LED’s were sharing the same 5V that was being given to the breadboard. As you added one, the intensity of the light became dimmer. 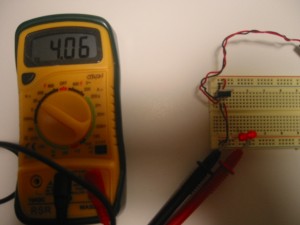 I really like using the multimeter in this type of work; it is a great troubleshooting device. Problems are a normal thing that everyone frequently experiences when working in physical computing. I think in many instances you are more likely to solve a problem quicker when considering to use them in difficult times. 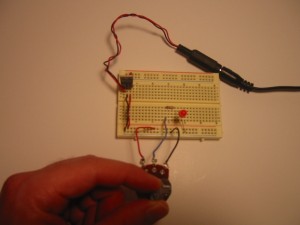 A great exercise to measure how current can be controlled by using a variable resistor such as a pot! I had a lot difficulty setting this simple circuit up for some reason, nothing at all seemed wrong with my setup! Later I notoiced that my DC adapter somehow got unplugged … checking if the adapter is plugged in will now go on my list of troubleshooting steps!