10 Interactive Video Art Projects that Get Physical with Screens

People have always loved watching screens. The video screen has surged where people love this window onto a whole new world of possibility and opportunity. We are increasingly feeling this attraction with screens. Over the past decade we have seen the emergence of more and more screens with serious multimedia capabilities. Today, we use screens for informing, communicating, entertaining, and connecting. The following are ten of my favorite interactive video art projects that I believe make strong emotional connections with people using screens.

1. Potent Objects
Potent Objects playfully examines the way we ascribe emotion to inanimate technologies. The work parallels current research in ‘affective computing,’ in which the capability of sensing and conveying emotion is built into computing devices. (Work by Camille Utterback)

2. levelHead
levelHead uses a hand-held solid-plastic cube as its only interface. Each face of the cubes contains a little room, each of which are logically connected by doors. (Work by Julian Oliver)

3. The Jitterbox
Change the tune and watch the beautiful tiny dancer shake and shimmy along with any song! But beware the talky talk radio, this dancer loves to boogie but hates chit chat! An interactive radio from the 1940’s! (Work by Gabe Barcia-Colombo) 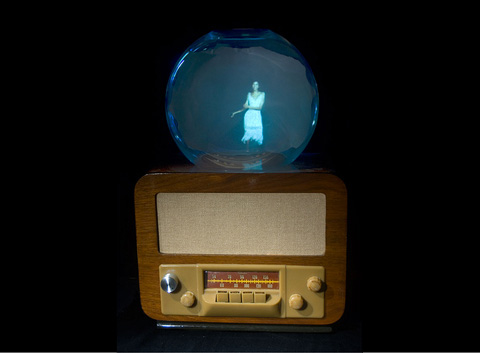 4. Whirl
In Whirl, memory and nostalgia is revealed as a warped phenomena. The viewer’s breath is mapped such that blowing a pinwheel controls the playback of both record player and video, warping nostalgic sound from a found record of old rhyming favorites and imagery of wildly physical play on turn of the century (19th to 20th) circle swing. (Work by Christa Erickson) 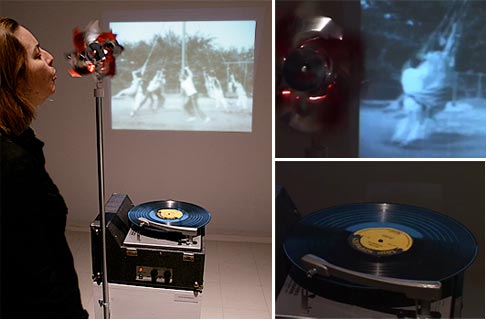 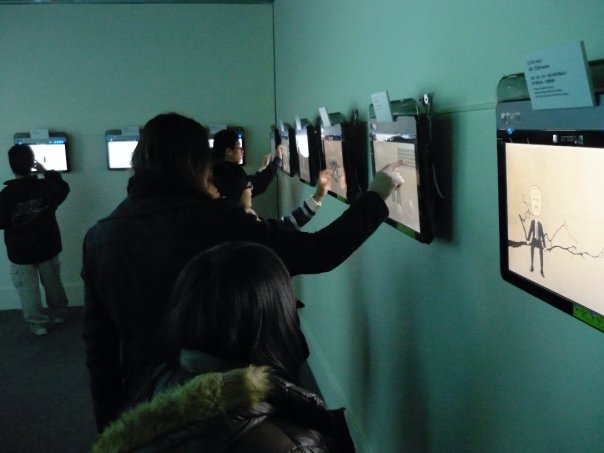 6. Machinema
The animation creates an ecosystem of mechanical and natural elements coming into life on the screens with the spin of a big physical crank. The project explores the connections/tensions between digital and analog, between natural and industrial, revealing the living spirit in the machine and the mechanical cycles in nature. (Work by Adi Marom and Filippo Vanucci) 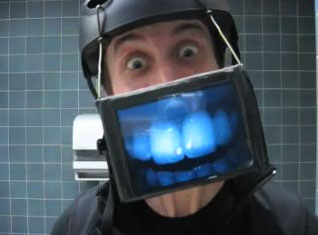 8. Funky Forest
Funky Forest is an interactive ecosystem where children create trees with their body and then divert the water flowing from the waterfall to the trees to keep them alive. (Work by Theodore Watson) 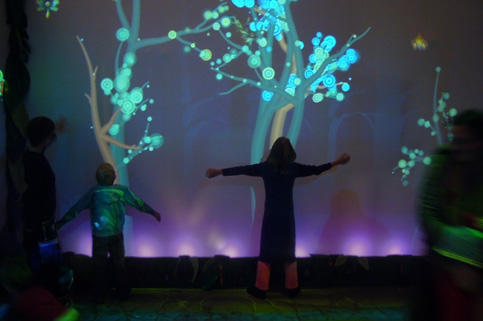 9. The Taste of Daily Life
Presented at the National Palace Museum in Taiwan, in this video artwork the visitor can use their breathe to blow into the interactive video to make it comes to life. (Work by Huang)

10. Cantique No. 3
A choreographer, dancer and performer, Marie Chouinard produced an entire series of works that originated with filmed choreography featuring faces, grimaces and voices. (Work by Marie Chouinard)