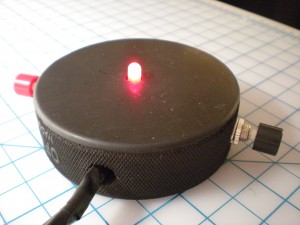 A hockey puck can be an engaging networked object. For the second assignment in my Networked Objects class, students were asked to develop intriguing input devices for a networked pong game using the WIZnet module. I took this opportunity to get my feet wet by beginning to play with some of the materials and technology I will be using for my final project which will be a virtual floor hockey game involving hockey pucks and sticks that communicate over a network (details on this concept will be posted in the coming weeks). The initial idea for the functionality of the pong controller was to insert a wheel potentiometer into the center of the base of the hockey puck to detect whether the object is moving left or right. This did not work out as planned since the puck can only move in a certain angle in order for the movement to be processed serially. As a contingency plan for this week, I inserted two push button switches at the sides of the puck which act as targets for the user and the hockey stick. The result was an engaging aesthetic that I am pleased with. While admittedly this is not an effective interface design for a networked pong game if a hockey stick were to be used, I believe it is a productive start in establishing my goal to convert hockey pucks into networked objects. 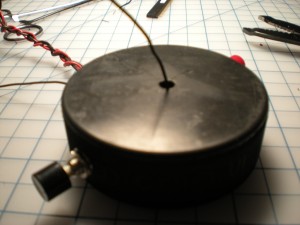 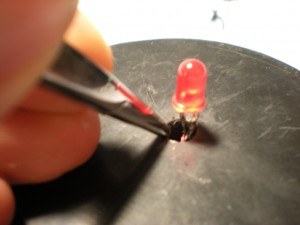 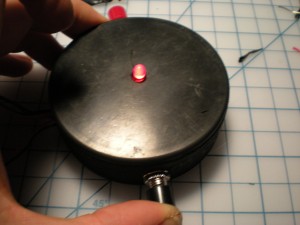