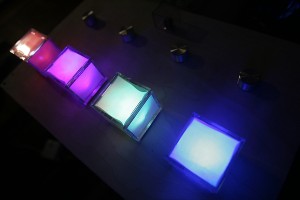 chromaCubes is an interactive color control panel and game for all ages. The intense colors and the visceral reactions they provoke produce a relaxing and entrancing experience. It can either be in free form input mode, where the user is free to move the knobs around the circumference of the color wheel, or a short challenging game. The object of the game is simple: a sequence of colors appear, and it is your job to turn the knobs, rotating through the color wheel, to recreate the colors. The result is an enjoyable, immersive experience as you watch the glowing colors respond to your touch, and are guided by a computer voice (there is no text on the minimalist interface). 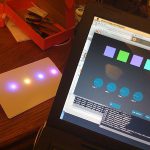 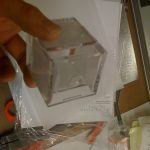 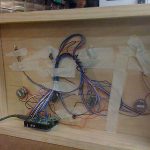 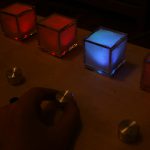 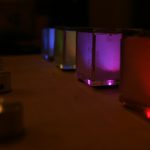